People and the Neighborhood–East New Orleans

East New Orleans is a large, low-lying neighborhood far from the center of the city. Devastated by Hurricane Katrina, it has come back in patches. There are brick bungalows, some lonely on a block, others clustered together in new subdivisions with names like Sherwood Forest. On some blocks partly rebuilt houses and abandoned houses still stand. There are blocks of empty fields that used to be lined with houses. Running through the neighborhood is Chef Menteur Highway (translated as Chief Liar), sparsely populated with businesses.

I wanted to visit East New Orleans because I had just finished The Yellow House by Sarah Broom. I had never noticed the neighborhood before I read the book, even though I’ve visited and explored New Orleans many times. Like East New York way out in Brooklyn, in East New Orleans, there are no tourist attractions, parks, museums or exciting business strips. It’s just a place to live for people of modest means and often a long commute to work.

The Yellow House is a biography of a home bought by the author’s mother, who raised 12 children there. The house and family’s tenuous existence show us a history of people prevailing as best they can in a neighborhood built by strivers but abandoned by the early developers and the city. It’s a portrait of inequality and discrimination. It’s a story of people whose lives have been shattered and remade over and over despite institutional neglect and abuse.

It’s an unromanticized view of New Orleans, a corrective to our gushy illusions. We drove by the address where the author’s house once stood, and it was filled with junked cars.

Yet, here in February 2020 was the first Carnival parade ever in East New Orleans, the all-new all-women Nefertiti parade passing in front of a new East New Orleans Public Library and many families cheering and stretching their arms out to catch beads and toys. Here is the popular Tet Fest in the Vietnamese neighborhood, tables filled with people and good food. These festivals were by and for residents. We were clearly outsiders at both events, though we were cordially accepted. Here we saw the flaws and resilience of New Orleans. 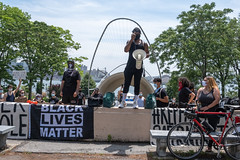 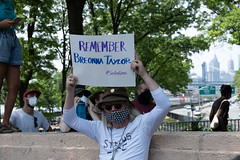 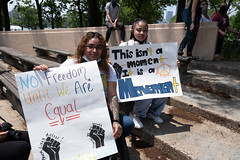 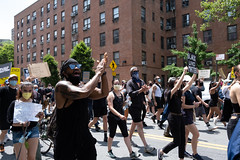