Here is one of the life-size sculptures by Dana King of three women, a tribute to those who sustained the momentous Montgomery bus boycott.

We stopped in Montgomery specifically to see the memorial. We found a small, Southern city with a fabulous civil rights history proudly on display but also chilling–for instance, a historical marker for the place where slaves were warehoused, literally, between slave auctions.

Here’s a link to the National Memorial for Peace and Justice website.

Yes, it is worth a trip to Montgomery. Bonus for a visit: fried catfish with cheese grits at Central Restaurant downtown. Steve’s bonus: the local AA baseball team is called the Biscuits, and he got a hat.

My friend and camping companion Jennie captured my happiness on the loveliest hike on our trip to Nova Scotia and New Brunswick. In Battery Provincial Park on Cape Breton Island, the trail was a grassy path through wildflowers that grew above our heads with the dark elegant fir trees and the blue sea beyond. I hiked barefoot!

The photo below with the cliffside highway and rocky beach cove captures the essence to me of the Cabot Trail that skirts Cape Breton Island. 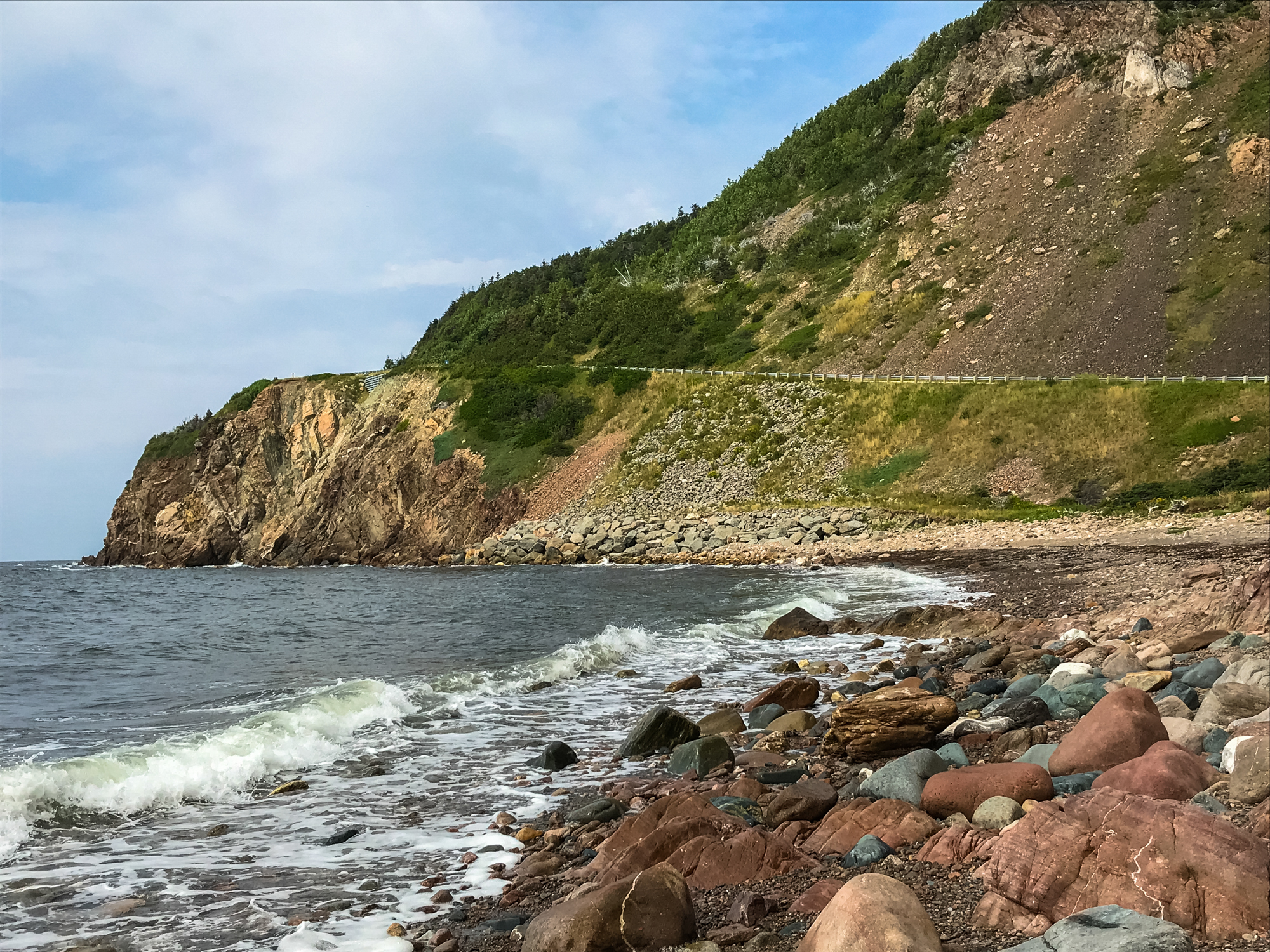 On the Bay of Fundy with the highest tides in the world, we stayed at Five Islands Provincial Park in Nova Scotia and Fundy National Park in New Brunswick. In both places we spent hours climbing around rocks and admiring the fast approaching and receding waters, how quickly the landscape changed, how we could walk out onto mudflats that had been covered with water that would have been over our heads a little while ago.  Here are photos of the low and high tides at Five Islands:

Here are my fellow explorers, Jennie and Lilac. At the picnic table, Jennie is breaking down one of the lobsters we ate along the Cabot Trail. We were at the Hideaway campground at the top of Cape Breton Island.

At the Hideaway campground at the top of Cape Breton Island in Noval Scotia. 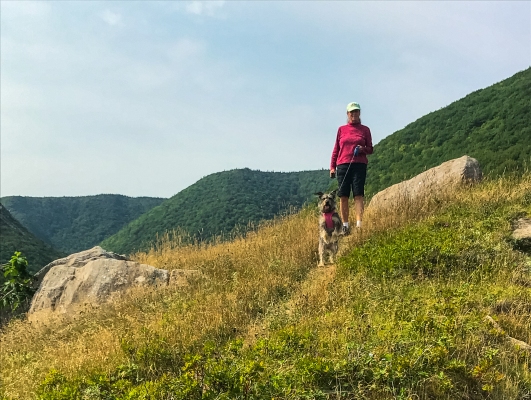 Jennie and Lilac at Meat Cove.

I took many more photos and posted them as an album on flickr. Click on the link below to take a look: 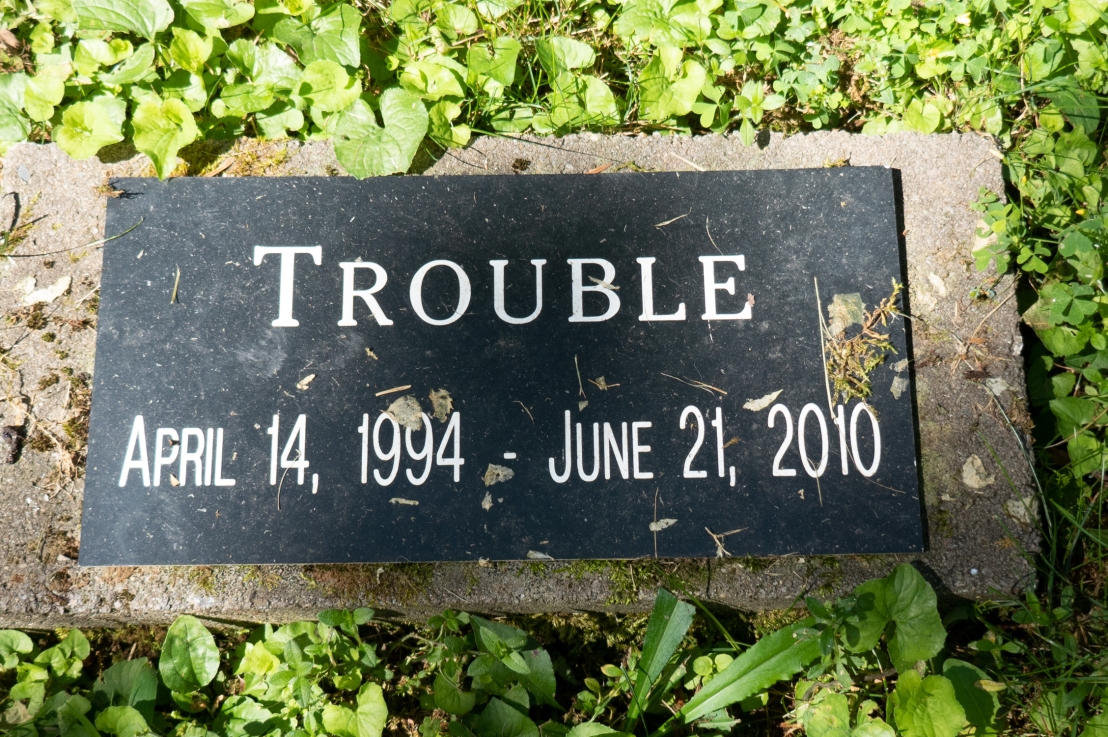 What’s a desperate woman to do when there’s no place to pee for miles? Pull off onto a remote country road and turn onto a grassy gravel path looking for a deserted spot.

And there it was, the reward for too much coffee: A rumpled sign for a pet cemetery. 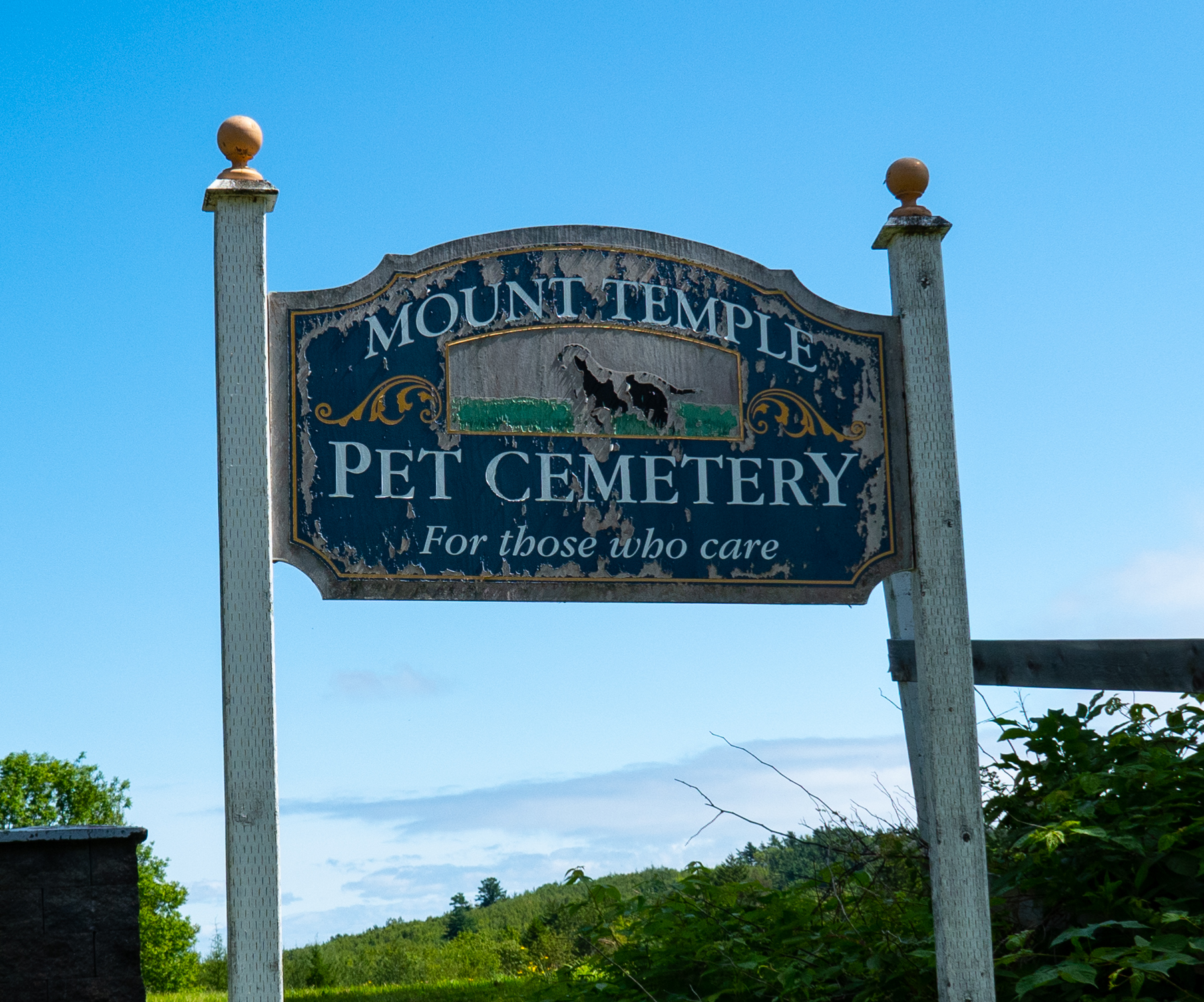 Just like a pet dog, I took care of my business in the grass by a tree. Then I followed the trail over a grassy field past overgrown trees laden with green apples to a large shady corral freshly mowed.

Then there was Butchy, Valley Bulldog, 1997-2008 “Like Losing the Perfect Son.” Ouch for their human children.

I took a close up of her bear (at right) with legs torn off and stuffing spilling out, but it’s too gruesome to publish.

Here’s one of my favorites: 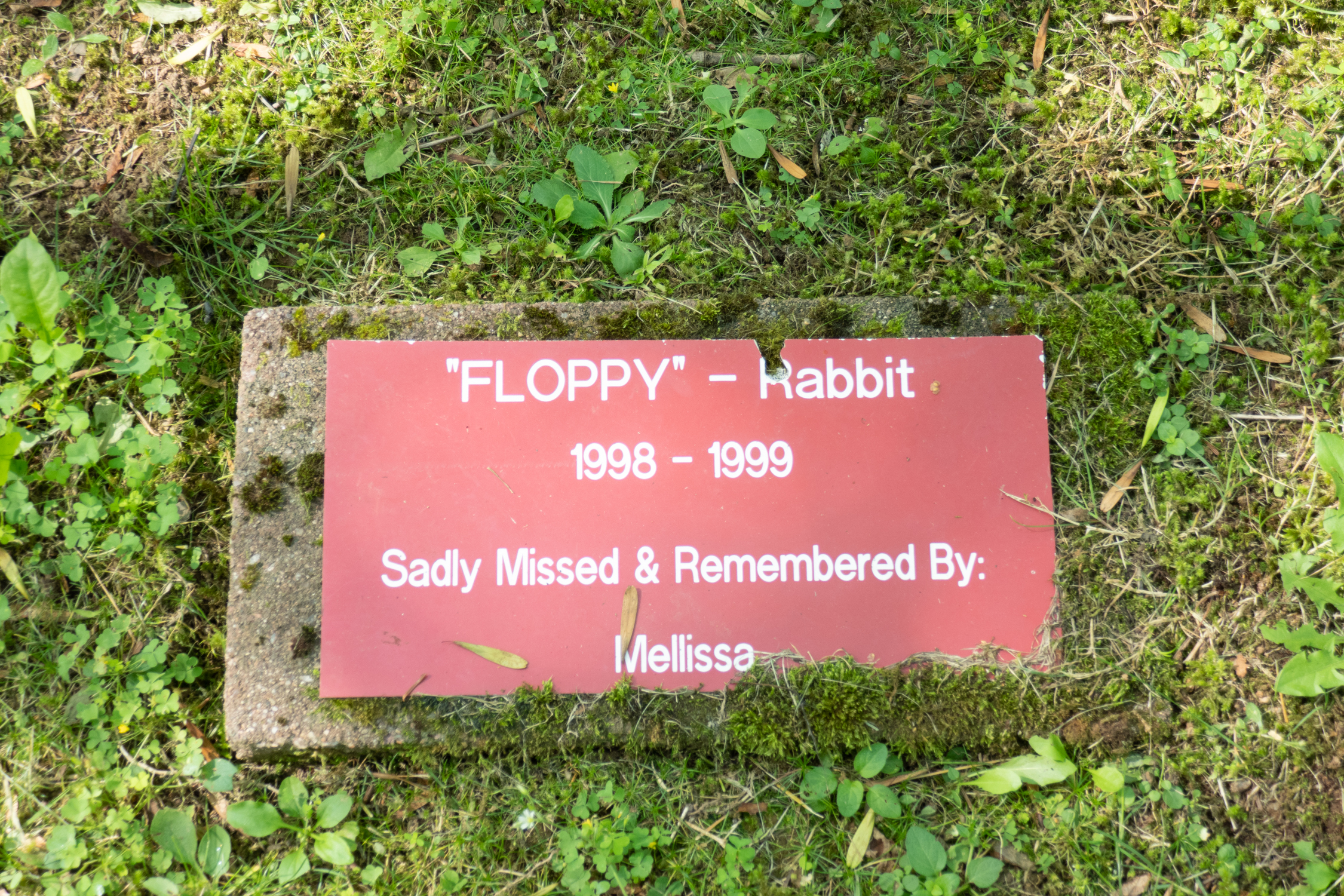 Floppy lived one year but Melissa loved that hare, and her parents (I’m guessing) helped her through her grief with this memorial.

Well, I know that doesn’t tell you much about this trip to Nova Scotia except for that one little charming and eerie place outside of Lunenberg.

I have been having a fine time meandering from Yarmouth to Halifax along green-lined roads, admiring the cute towns with both pretty and working waterfronts.

The food has been excellent: a seafood chowder, Montreal meat sandwich (corned beef, really), poutine—a combination of fries, gravy and cheese curds that sounds like a mess but tastes divine. I want to eat it every day while I’m here.

I could be telling a lot of anecdotes—about the lacy B&Bs I stayed in, the helpful bus driver in Halifax who answered my inquiry by telling me to hop on so he could take me to a better transfer point, the bike rider who insisted on giving me a ferry ticket in Dartmouth (across from Halifax–the Brooklyn of Nova Scotia) because it was my first day.

This trip is delightful and there is a lot to share.

But I really wanted to show you the pet headstones.

In anticipation of a road trip with lots of camping in Nova Scotia, I’ve been reading  The Tent Dwellers, a droll 1906 travelogue about a fishing trip to Nova Scotia. It rains most of  the time on his trip, which inspires me to pack two raincoats, waterproof pants, and two tarps.

Here’s a good passage about when the author  gets poison Ivy on his face:

Many times a day I bathed my face in the pure waters of the lake and then with the spirits—rye or Scotch, as happened to be handy…And I wish to add here in all seriousness that whatever may be your scruples against the use of liquors, don’t go into the woods without whisky…

Alcohol, of course, is good for poison ivy, but whisky is better. Maybe it is because of the drugs that wicked men are said to put into it. Besides, whisky has other uses. The guides told us of one perfectly rigid person who, when he had discovered that whisky was being included in his camp supplies, had become properly incensed, and commanded that it be left at home. The guides had pleaded that he need not drink any of it, that they would attend to that part of what seemed to them a necessary camp duty, but he was petrified in his morals, and the whisky remained behind.

Well, they struck a chilly snap, and it rained. It was none of your little summer landscape rains, either. It was a deadly cold, driving, drenching saturation. Men who had built their houses on the sand, and had no whisky, were in a bad fix. The waves rose and the tents blew down, and the rigid, fossilized person had to be carried across an overflowed place on the back of a guide, lifting up his voice meanwhile in an effort to convince the Almighty that it was a mistake to let it rain at this particular time, and calling for whisky at every step.

Yes, I am bringing whiskey. I’ll tell you later if any morals survive.

I hope to post pictures and stories from the trip. Next week, I’ll be taking the ferry from Portland, Maine, to Yarmouth, exploring the Southwestern coast, and staying in Dartmouth, which I read is the Brooklyn of Halifax.

Then I’ll meet with my camping friend Jennie and her miniature Schnauzer Lilac, and their little truck. We’ll camp all around Cape Breton Island.

In New Brunswick, we will stay in Fundy National Park where we’ll see the 50-foot tides.

If you know of places I should see, please do tell.

Along a beautiful, disheveled beach are the remains of a bankrupted hotel. This is on Santa Martha’s Bay, about halfway up the island, far from the cruise terminals of Willemstad. Abandoned about nine years ago, all the windows, doors, and fixtures have been removed, and the place is crumbling. These ruins below our rental house added a spooky magic to a charming trip with friends Ken and Clarence. 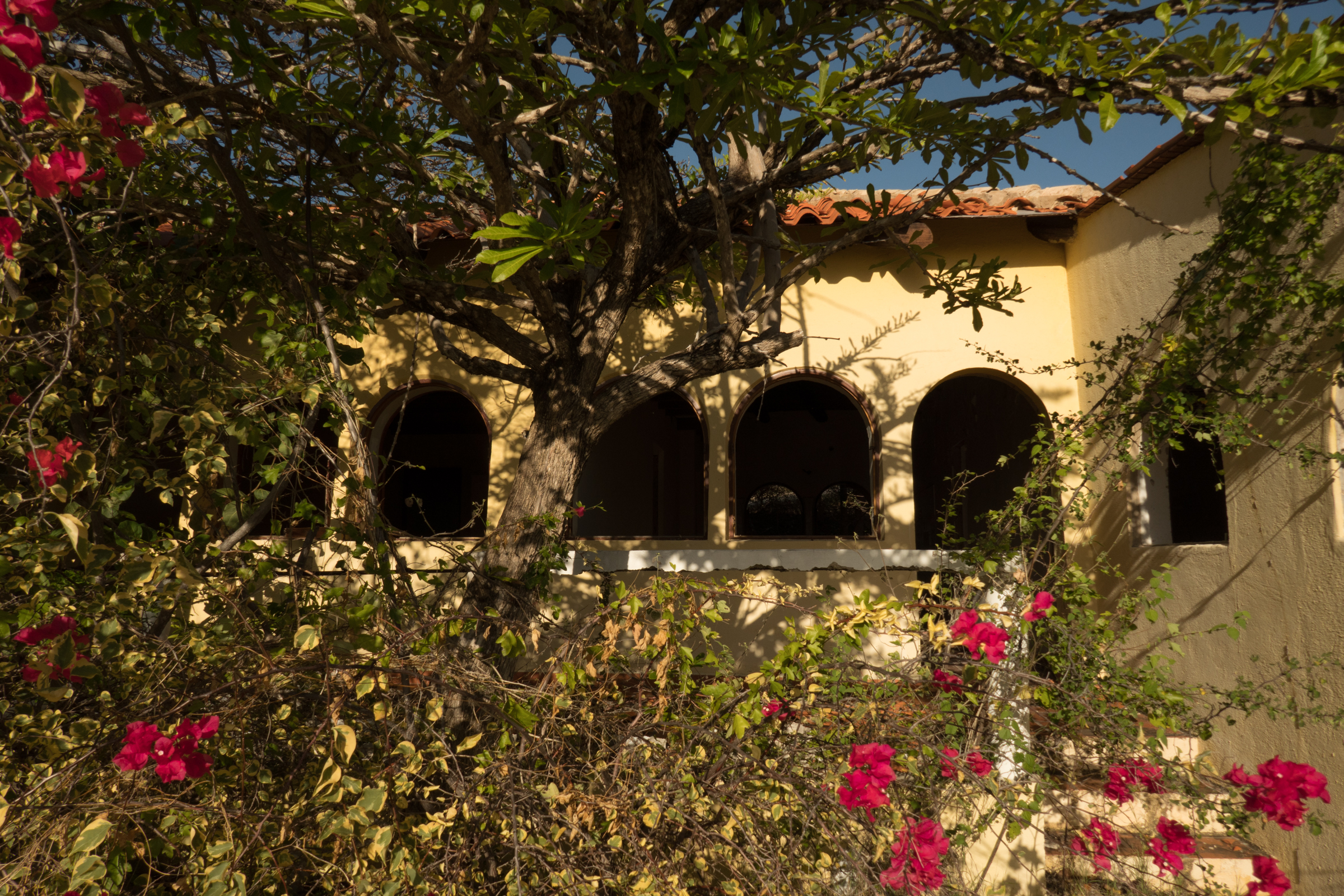 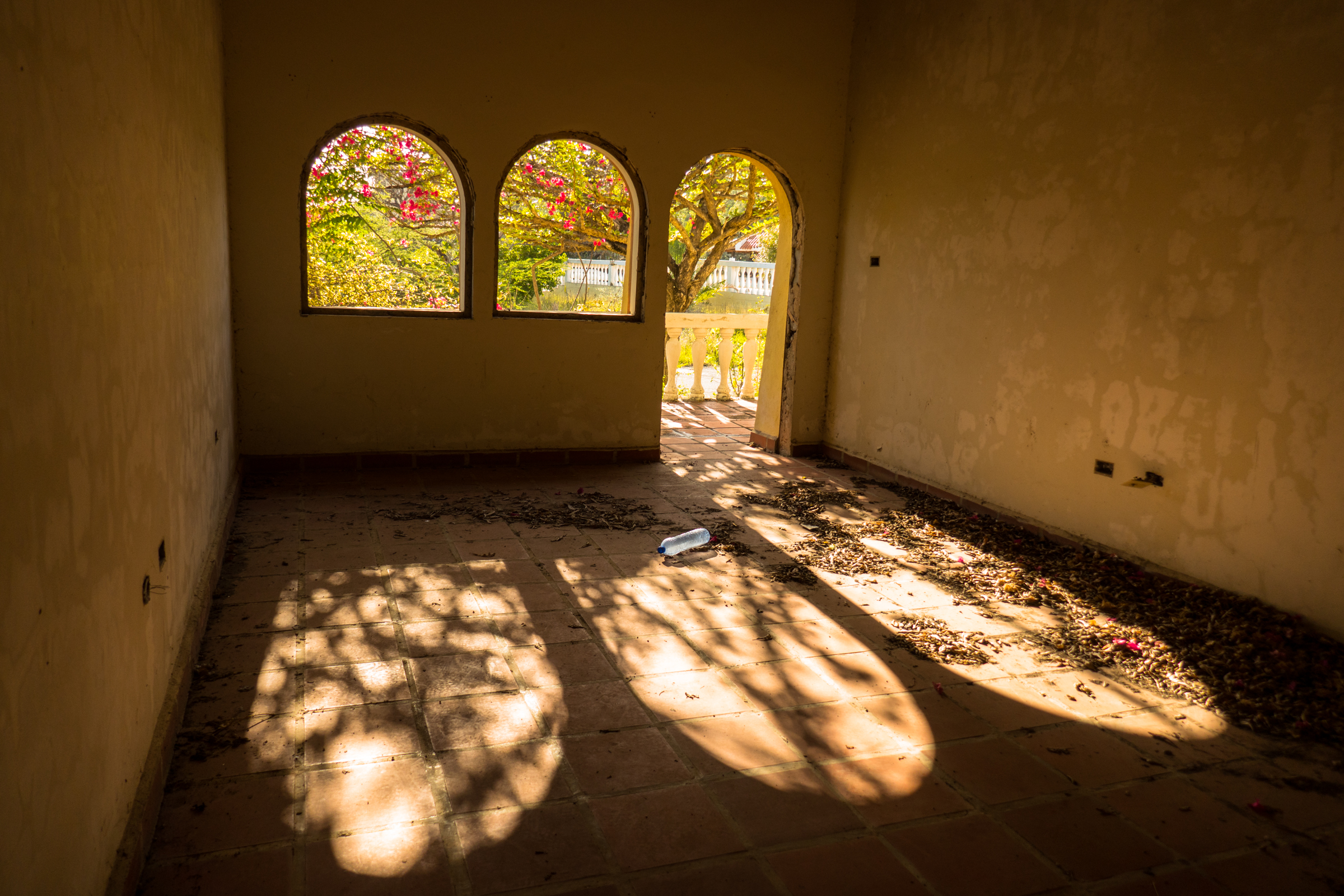 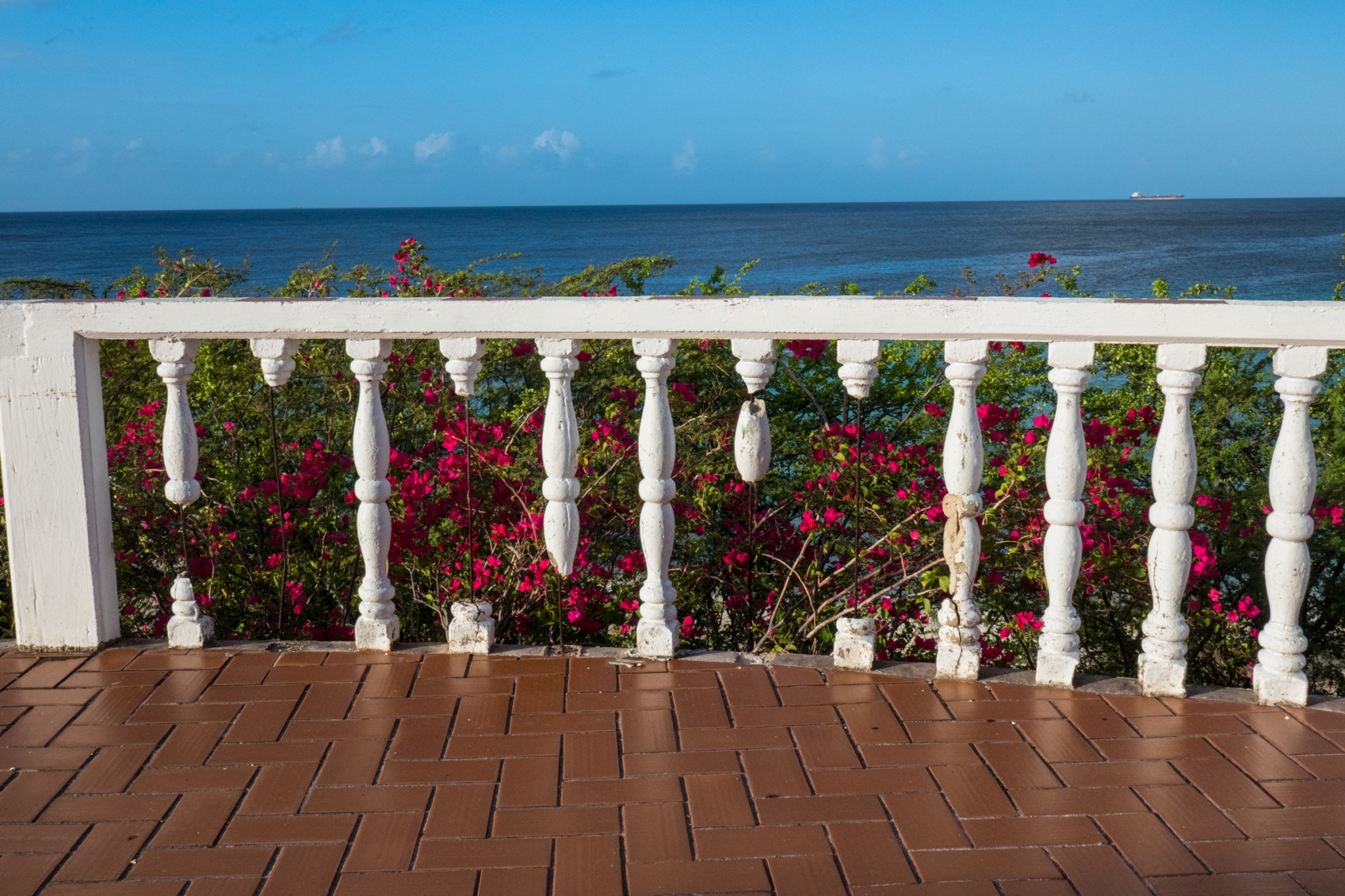 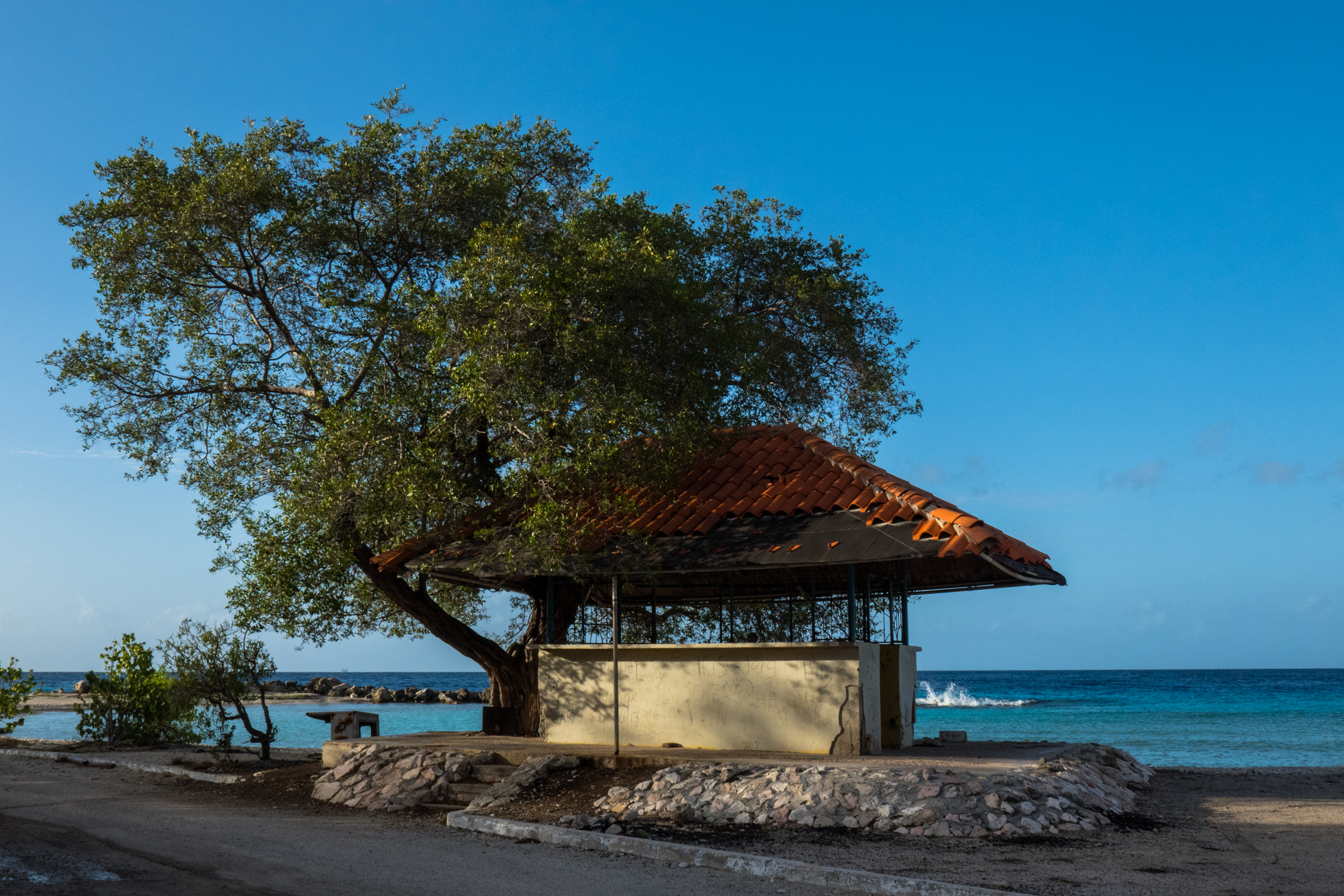 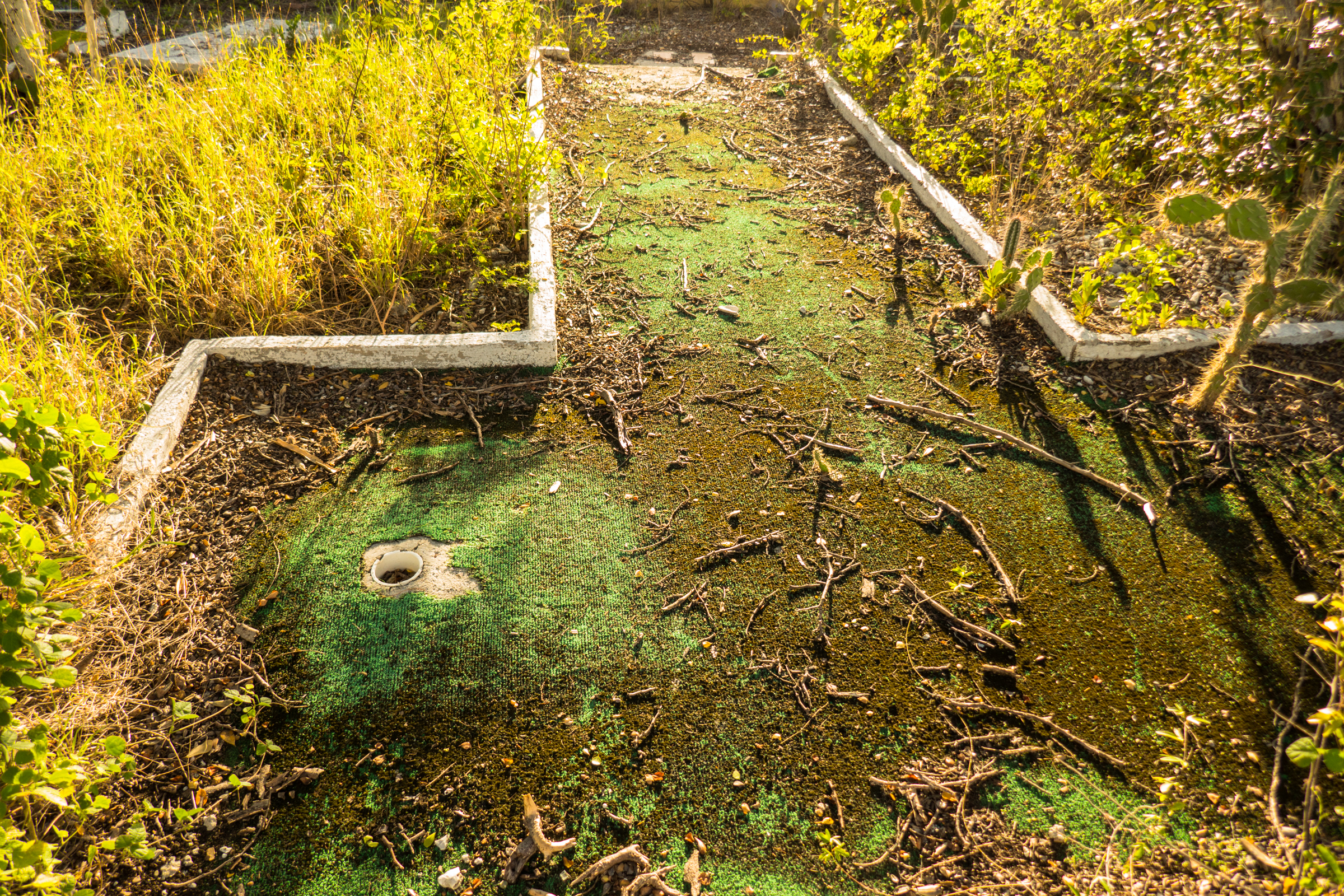 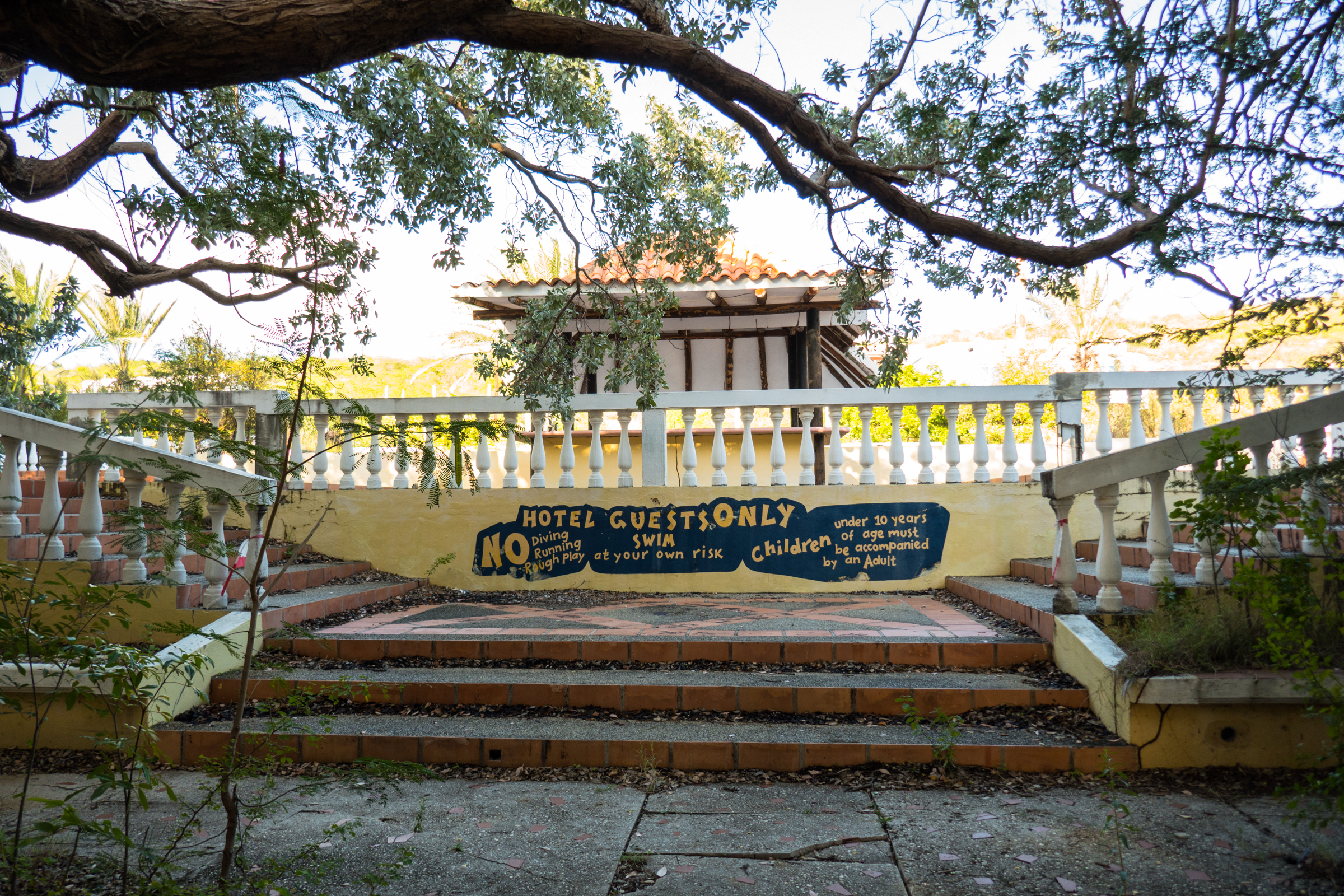 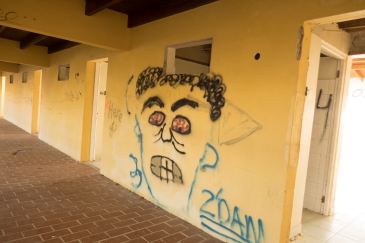 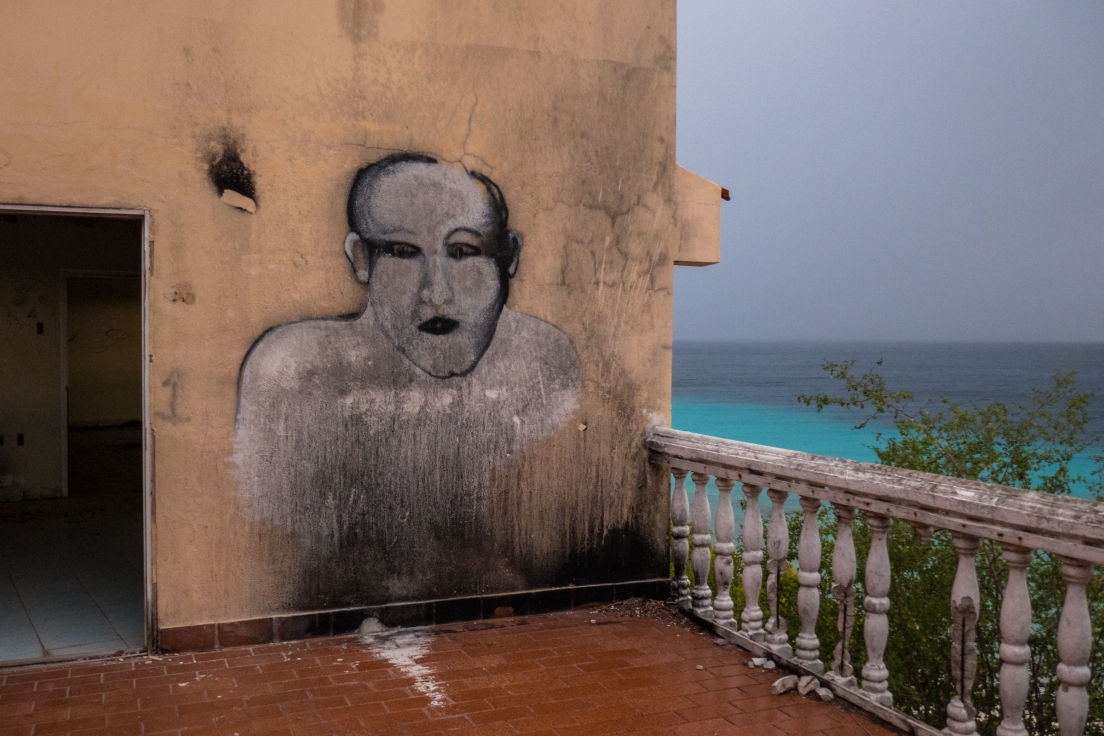 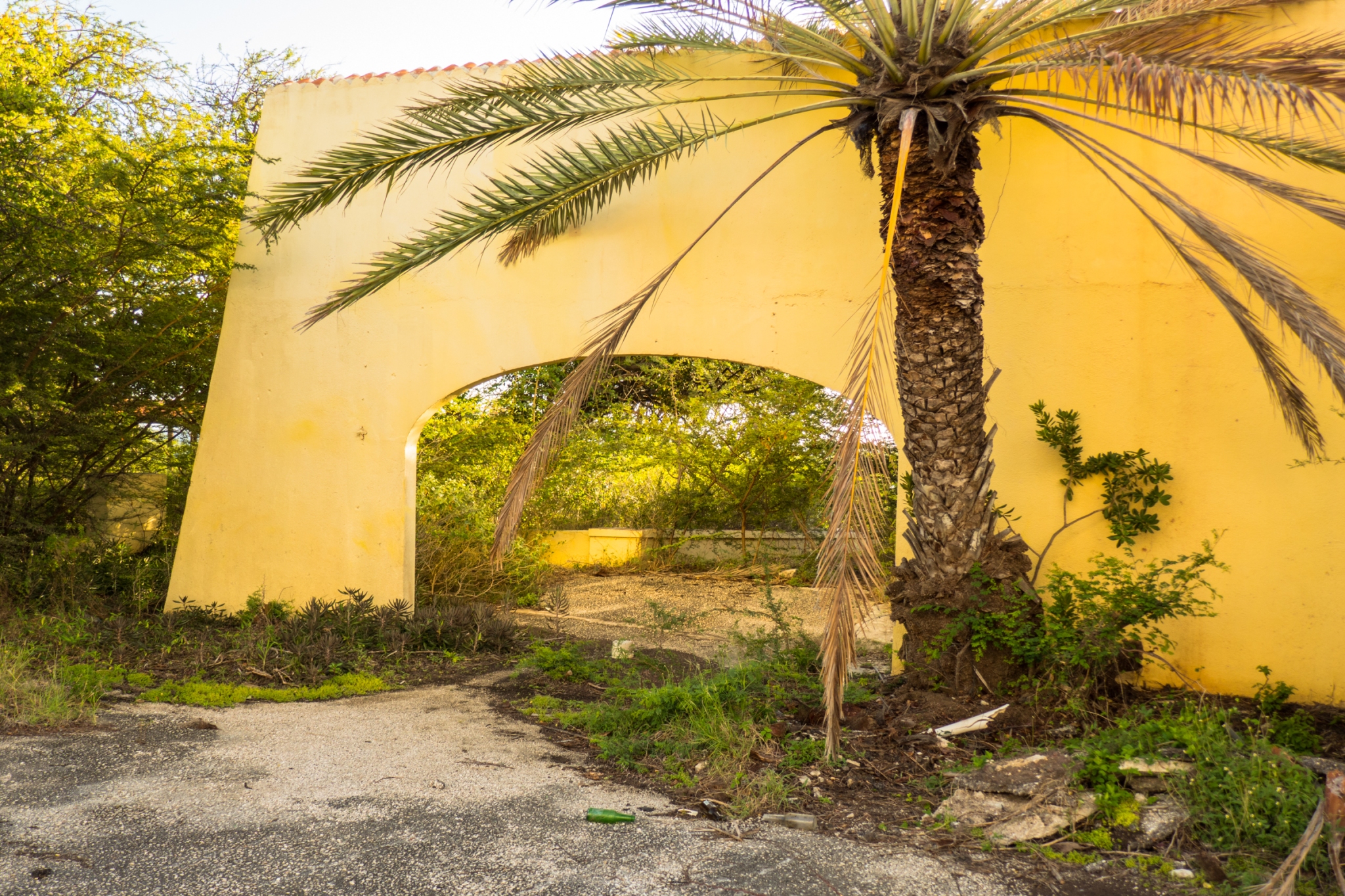 Besides the glorious ruins, the beautiful beaches and views called. 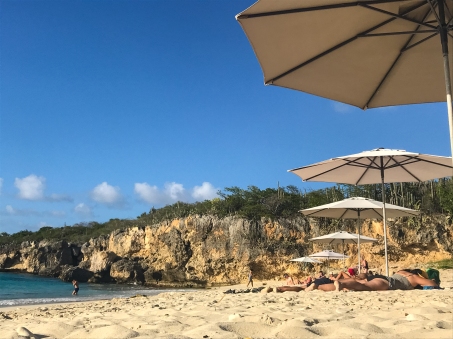 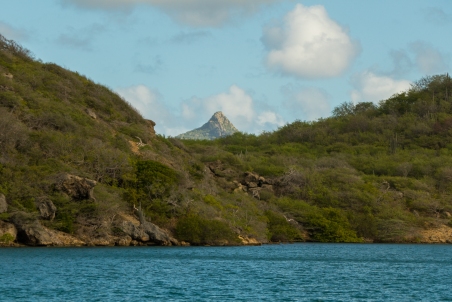 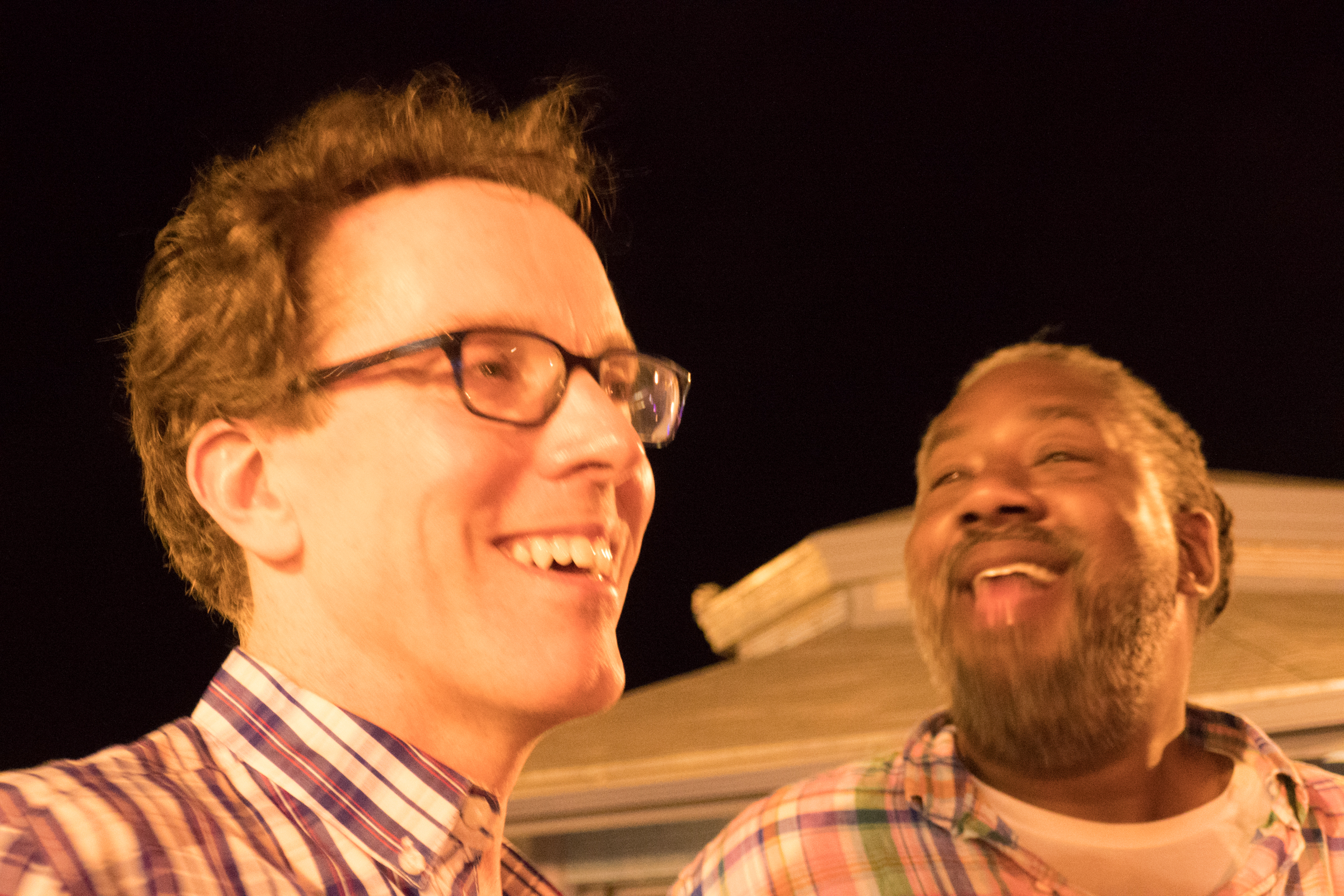 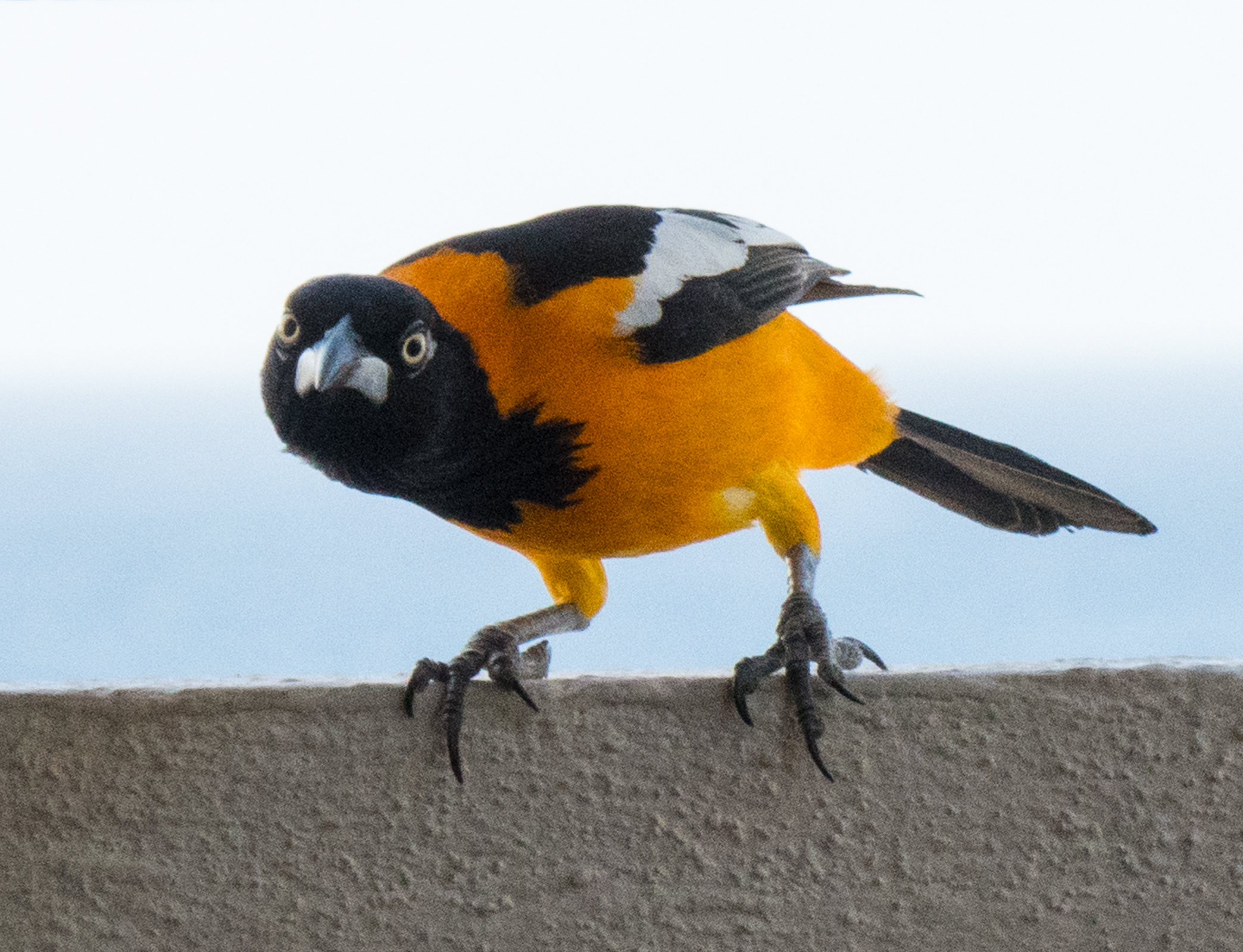 Sketches on the F Train

Even though it’s hard to draw on the subway because the trains jerk and people move or new people get on at the next stop and block the view, I like to sketch passengers. There are so many personalities, even when they’re asleep or staring at their phones. 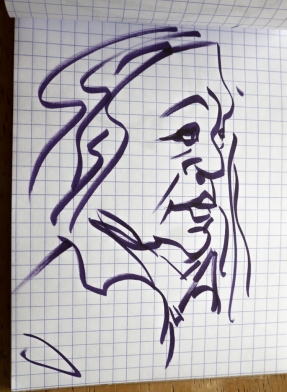 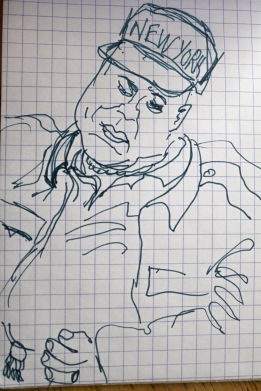 At the turn of the century, I worked as a research editor for Readers Digest, which had offices at 260 Madison Ave. in Midtown. Last week, when Steve and I had an appointment there, it was the first time I’d been in the building since 2002. Readers Digest had long since departed, too.

Steve showed his ID at the security desk in the remodeled, unrecognizable lobby–new management, new owners. The officer took Steve’s photo and printed out a visitor label with the picture. I showed my ID. The officer didn’t take my picture, but quickly handed me a label.

Here is my visitor’s badge with the photo taken in 2000:

Big brother has been watching for a long time. 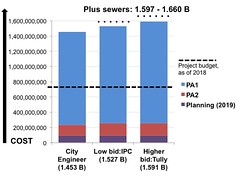 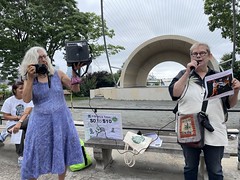 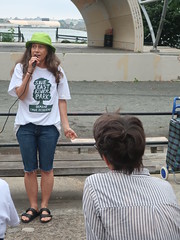 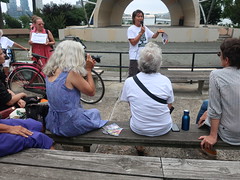 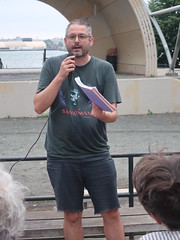